It’s been a while since I’ve talked about my favourite movies. I’m someone who is constantly quoting lines from films. I don’t understand why my brain remembers entire monologues but can’t remember how to do basic maths!!

Anyway! This morning I was going about my usual routine and, for some reason, I quoted a film and it made me want to write this blog post.

The line wasn’t anything to do with what I was doing. In fact, I think I say it to myself all the time just because it makes me chuckle.

If you know what that line is from before I show you then bravo! It’s a firm favourite of mine.

I can’t really tell you how much I love watching this [or any Goldie Hawn movie]. It’s tied in with so many memories from my childhood that I feel like if I lost my memory of watching it my entire personality would be different.

If you’ve not seen it the concept is simple; A rich-bitch hires a lowly carpenter to build her some wardrobes. They hate each other [where could this be going?!] but part ways. UNTIL; the rich woman falls off her boat, suffers from amnesia and the carpenter then tricks her into thinking she’s his wife so she will help look after his motherless kids. Who are a nightmare. Do they fall in love? What happens next? YOU HAVE TO WATCH THIS.

I know what you’re wondering; how many Oscars did this win? In short. None. The reception wasn’t fantastic when this movie came out but in hindsight? One of the best rom-coms going, in my opinion. Yes there are a lot of obvious jokes and some cringe-worthy attempts at forced humour but, all in all, it’s charming.

The relationship Goldie Hawn’s character develops with her none-kids is brilliant and the aforementioned line is one uttered by the kid she thought was called Roy [it was Travis, obviously!]. Whenever I get in trouble for doing something I always think of saying this to people but I know they won’t get it. Luckily my sister’s are equally as silly as me so we say it to each other.

There are so many other lines from this film my brain instantly conjures when the situation calls for it, thought I don’t often say them out loud.

“Aaaandreewwww!” [whenever I speak to anyone called Andrew. Which is daily.]

“Caviar should be hard and round and of adequate size and should burst in your mouth at precisely the right moment.” [When I want to describe any food!]

“Stop staring! Eat your checkers!” [when I want to be left alone.]

I just aspire to be Annie, what more can I say? 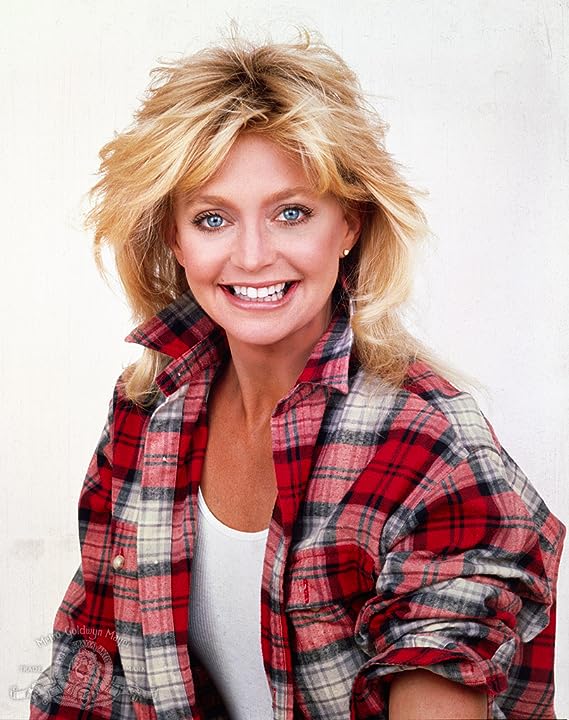 Let me know if you’ve seen this gem! Let me know your favourite line from it!