I’m getting this blog post out of the way because Christmas posts are going to get really annoying really soon!

I have to share my favourite Christmas albums, it would be rude not to. I’m going out of my way, now, to say I hate the ‘pop’ Christmas songs you have to listen to every year (how many versions of All I Want For Christmas exist now?]. In the UK, especially, it’s like a special kind of torture.

That being said I’m sure people won’t like these albums. Just be thankful I’m only naming three, and in order of preference as well, lucky you!

This is the album I’ll listen to for the rest of my life. I have listened to it every Christmas for as long as I can remember and possibly why I think I could have been a crooner in a past [read: this] life. Full of Christmas feels this album brings back the joy I felt as a kid when we were decorating the tree and opening presents. We still listen to it as a family on both occasions. Cheesy, yes, but a tradition I plan to keep for the rest of my life. His version of Rudolph the Red Nose Reindeer is the only one I will sing.

Yes. I’m still a Hanson fan. You can stop laughing, now. I love, love, love this album and the pop rock vibes of the late 90’s. It’s full of jangly piano and electric guitars and those harmonies! I usually put it on in my car close to Christmas so I can listen when I drive around… alone. No one I know really appreciates the perkiness of the songs, which is unbelievable, I know! I can’t listen to it loads because it does get a tad TOO much, but still. I’ll never give Hanson up. 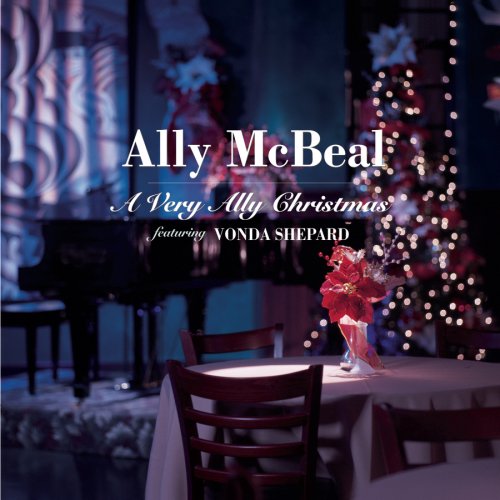 If you’re a TV fan and you grew up in the 90’s you have to remember Ally McBeal! The all singing, all dancing, all too skinny lawyers who often imagined themselves singing and dancing [mostly to Barry White] in the uni-sex bathroom and then they’d go and sing and dance in the local bar. Well, that particular Christmas episode turned into a particular Christmas album and I still, to this day, prefer Robert Downey Jnr’s version of River [originally by Joni Mitchell] over any other version!

Apart from these albums I try to avoid listening to Christmas songs unless they’re the old carols [12 days of Christmas has yet to be topped. No other song allows people to scream FIVE GOLD RINGS at the top of their lungs without people getting annoyed] because I’m a purest!

That being said I am waiting for the vinyl copy of Kacey Musgraves’s Christmas album to arrive because I need some crackling old/new tunes to listen to. Besides, country-Christmas? How could it be bad? [I’ve listened to it on Spotify; it’s not!].