If you have gleaned anything about me from any point of social media you may know I love, love, love country music.

Ward Thomas is a band made up of two sisters from… Hampshire. Possibly the only UK singers to have broken into the infamous Nashivillian scene and they are the first UK country singers to have a number one album.

The album I’m talking about is Cartwheels, released in September this year and what an album! 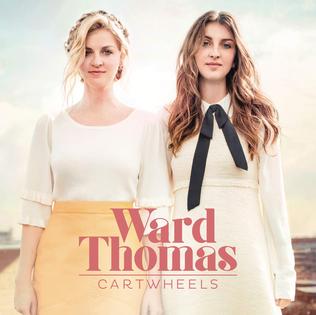 I had their first album, which I liked but never really go to grips with for reasons I just don’t know! This album, though, has been playing in my car ever since I got it. The songs are catchy and perfect for a sing-a-long when you hope no one is looking as you drive down the road belting it out.

They write their own songs and have brilliant harmonies which aren’t ear splittingly high pitched like some country singers can be. In fact I’d say that a lot of the songs are pitched quite low, which is refreshing when some singers sound like they’ve been sucking helium balloons for years.

If you like country give it a whirl and let me know what you think!
Sam

One thought on “Album of the month // Ward Thomas”