I grew up watching movies ALL the time. I know most people do but what I love is just how bizarre some of the movies I watched were. To the point not many people know about them – this is mostly due to my love of straight to video films. Even as a kid I used to love picking films you never saw adverts for, never saw at the cinema, never even heard of. I still do it, but obscure 90’s and 80’s movies are funnier to blog about so let’s go; I formally present my list of random movies you probably never heard of:

Joe vs the Volcano

This is a family favourite but I don’t know many people who’ve heard of this. A classic Tom Hanks and Meg Ryan rom-com about a guy who suffers from hypocondria, gets convinced into going on a one way trip to a volcanic island to sacrifice himself to the Gods to save everyone. It’s bizarre and funny and showcases how good Meg Ryan was. She plays three characters and it’s brilliant! 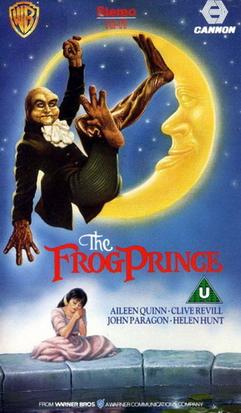 Yes, the classic fairy-tale but a really creepy real-life version. I’m not sure I even remember this all that well, there are just scenes that linger in the back of my mind. A little princess (played by a young Helen Hunt) who loses her glass ball in the pond. A frog prince (man in terrifying makeup) retrieves it and then… teaches her how to dance? I have such a vivid memory of frog footsteps on the floor to demonstrate a dance. I wish I could track this down and watch it again.

This was one of those ‘what the hell’ movies, even back in the day. A group of kids and their parents/ aunt (who remembers?) find some eggs that hatch into TINY dinosaurs which they keep as pets/friends and try to hide from the government who are trying to find them… I think. I just remember one of the dino’s was called Madonna. How culture-appropriate. 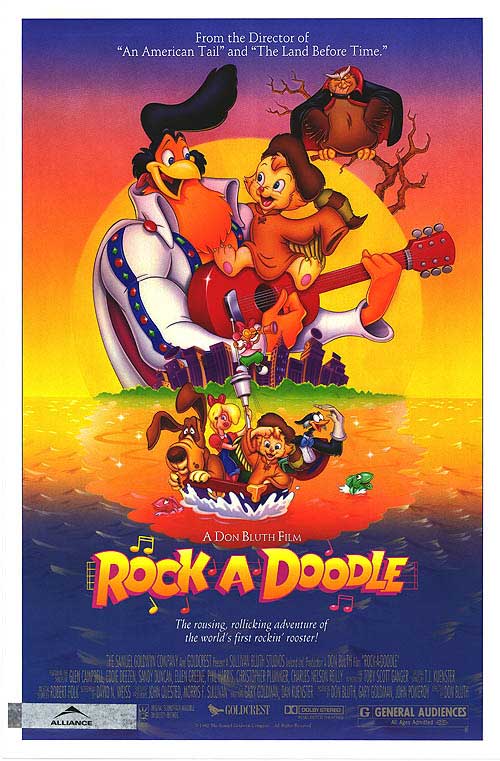 A boy who lived on a farm gets turns into a cat when the family decide to sell the farm… I love how I’m probably just making up these story lines! I promise this was a great movie… I just never remember what it was about, only that it was one of my favourite cartoons as a kid! Plus there’s a cockerel who thought he was Elvis. Amazing. 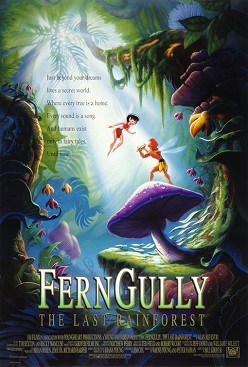 I don’t have to try to remember this one; I can’t tell you how many times I’ve seen it. Christa is a fairy who lives in the forest – when a nasty thing called Hexxus escapes from a tree he was trapped in by some stupid humans who are cutting the trees down all hell breaks loose; a normal man gets shrunk down to fairy size and, realising the error of his tree cutting ways, decides to help the fairies defeat Hexxus so he can help them save the forest. Makes perfect sense. Watch it, enjoy the songs 🙂

If you grew up in the 80’s and early 90’s you know a Savage or two. This movie stars both Fred and Ben Savage so you know you’re on to a winner.

Apparently there is a monster world under our beds; terrifying concept as a kid, but I was never scared – probably because the monster in this movie was cool AF (Move over Monsters Inc. You copy cat!). A kid and his friends have to befriend the monster who collects baseball cards to sneak into the monster world to rescue the little brother who got kidnapped. Pretty cool movie, if you ask me. Plus it’s fully of 90’s jokes and fashion. 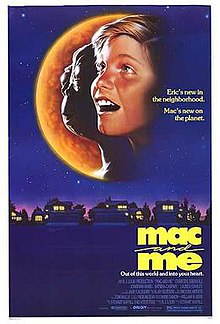 Shadowed by the release of E.T this movie is pretty similar; it happens all the time with warring movie studios! A movie about a boy who finds and alien, has to hide him and find the alien’s family. Sure, you’ve heard it all before but it’s so bad/good you have to watch it. Plus the aliens ain’t as cute as E.T which is both funny and creepy.

I’m sure there are so many I’ve forgotten but let me know if you’ve seen them/if you have any you watched that no one else has ever heard of!